Ruth Purchase studied sculpture at The City and Guilds of Art in London from 1981 completing her MA in 1986, and was awarded the Madame Tussauds prize for drawing. By this time she had begun to focus herattention on painting.

Having achieved recognition with her painting and drawing thanks to the patronage of The City of London Fish Mongers Guild, an opportunity arose to teach painting at an institute set up by the Educational Services at In Westminster Borough Council, which she did until 1999. During this period she also qualified as a clinical physio/massage therapist, and in
2000 moved to Suffolk where she established and continues to run a very successful practice.

She has continued to paint prolifically throughout this time, producing commissioned work as well as selling to private collectors and exhibiting. Her work has been shown predominately in Suffolk and London where she has studios. Her first One Women show at the Peter Pears Gallery, Aldeburgh, in 2013 heralded her departure from her clinical work to concentrate on her painting full time.

In March 2015, Ruth launched her “ Ephemeral Gallery” in Saxmundham. 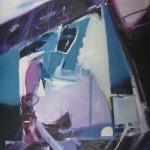 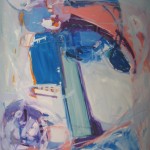 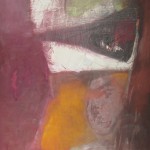 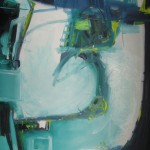 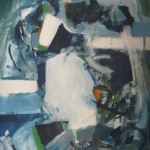 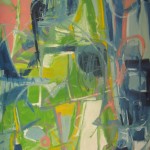